The Milk outtake is 421 seconds of silent footage shot on 16mm film in February 1969 in Manchester for a Granada TV variety show called Nice Time. The skit, which stars Germaine Greer and Kenny Everett, never made it to air. It is rare evidence of the early days of reality TV and the unlikely beginnings of the careers of two brilliant performers – Greer and Everett.

The Milk outtake is also evidence of archival labour and expertise. It is the only reel of film in the world-class Germaine Greer Archive. Greer was a fastidious record-keeper and she kept this forgotten reel of film safe for 46 years until it was shipped to the University of Melbourne Archives, in 2014, in one of nearly 500 boxes of records.

Audio visual archivist Emma Hyde discovered the unidentified reel of film in a brown paper envelope Greer had labelled "16mm cine?" Hyde threaded the brittle film through the maze of dials and knobs on a Steenbeck flatbed editing suite and was astonished to see a very young Everett (dressed as a milkman) and an equally youthful Greer (as a housewife). 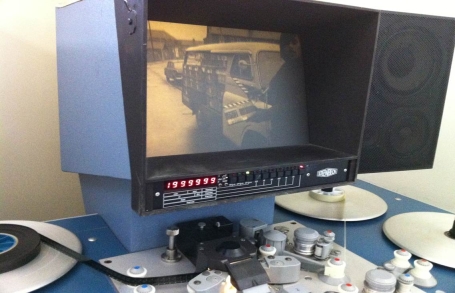 In a 1968 fragment of memoir discovered in the television series, Greer explains why she decided to take part in the TV show. A ‘nice time’, she wrote, was really “a love affair with being alive”, something worth protecting and sharing. University of Melbourne Archives is publishing this footage as part of its celebration of the Greer Archive and the work of archivists on the collection.

On International Women’s Day, 8 March, archivists will share the stage with Germaine Greer herself in a free public event, ‘Germaine Greer meets the archivists’. Bookings open on 9 February.