Germaine Greer is an Australian-born writer and public intellectual. She is considered to be a major voice of the second-wave feminist movement during the second half of the 20th century. In 2014, UMA received the Germaine Greer Archive covering a wide range of material. The Germaine Greer Archive currently fills 487 archive boxes (occupying 82 metres of shelf space), mainly documenting the period 1959-2010. Of note, the first partial draft and editorial of The Female Eunuch have been digitised and are available for viewing 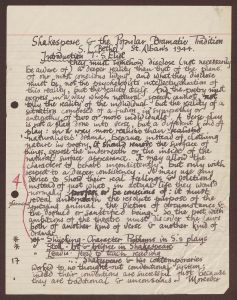 Chris Wallace-Crabbe’s career as an academic and poet has led to numerous distinguished fellowships and appointments, including the Director and Professor Emeritus of the Australia Centre, at the University of Melbourne and the Chair of Australian Poetry Limited. Along with works of fiction, literary criticism and edited volumes, he has published sixteen volumes of poetry to 2001, with a forthcoming book of poetry to be published. In 2011, he received an Order of Australia medal for service to the arts as a leading poet, critic and educator. 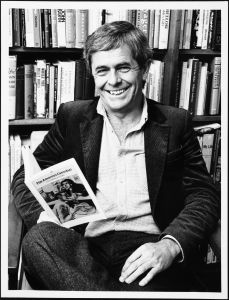 Naomi Haldane was born in 1897 and after a brief career as a nurse, married Gilbert Richard Mitchison. He had a distinguished war service career and then became a long-time Labor Minister. While raising five children, Naomi became a successful author of historical fiction and a committed political activist.  She travelled extensively to the Soviet Union, the Deep South in America and Botswana. In 1978, she attended the Adelaide Arts Festival Writer's Week and while in Australia she travelled widely and wrote articles for the Australian and British press. Lady Mitchison's publications include "The Conquered",

Ray Ericksen was born on the 2nd of September, 1919. He was educated at Austral Coaching College and Melbourne University (B.A. in History 1939- 1941, conferred 1946). From 1941-46, he served in the Australian Army. After military service, he returned to Melbourne University and lectured in the History Department from 1947-59. In 1960, he switched to an administrative post, as Sub-Dean. He became Assistant Dean in the Arts Faculty between 1960-66 and 1969.

Later he became a fulltime writer and headed to inland Australia. His publications include the travel book, West of Centre in 1972 and Cape Solitary in 1975 (winner of the National Book Council Award for Australian Literature, in 1976). His biography of the explorer Ernest Giles (Ernest Giles: Explorer and Traveller, 1835-1897) was published in 1978. He also published several shorter items of prose, in Overland and learned journals. He was a contributor to Biographers at Work (ed. James Walter and Raija Nugent, The Institute for Modern Biography, Griffith University, 1984). He also left some unpublished works of fiction. He married Margaret Boardman in 1948. Although their marriage had later dissolved, they remained close friends until his death on the 1st of January, 1998.

William Gosse Hay was born in 1875 and came from a successful Adelaide family with literary connections. He was educated at Melbourne Grammar and Trinity College, Cambridge. He then decided to become a writer. In 1901, he published his first novel 'Stifled laughter' and later returned to Australia. He married Mary Williams and had settled near Adelaide. He devoted himself to writing fulltime. Later, he published six novels and numerous short stories. The novels were all set in the 1830s and deal with colonial themes that he meticulously researched. He died in South Australia, 1945.

A recent blog post about Hay’s legacy as a writer has been provided. The blog post was created by Dr Rachel Weaver, School of Culture and Communication - Faculty of Arts, University of Melbourne.