The literary journal Scripsi was founded by Peter Craven and Michael Heyward in 1981. Peter and Michael were post-graduate students at the University of Melbourne and the literary journal originally came from the English Department. They wanted to publish modernist critics, poets and fiction-writers from both Australia and overseas. Scripsi had immediate success due to the calibre of the writers they were able to attract and by their critical reception of it.
The editors soon relocated the literary journal to Ormond College. ‘Scripsi of the Air’ was a weekly radio show Heyward, Craven and others presented on 3RRR for several years in the 1980s. In 1989, Michael Heyward departed from his editorial role. Peter Craven was given editorial assistance by John Forbes, Andrew Rutherford and others. The publications of Scripsi continued until its demise in 1994. There was a reduction in financial support that it received from the Australia Council and had weakened their position.

Meanjin was founded in Brisbane by Clem Christesen in 1940. It moved to Melbourne in 1945 at the invitation of the University of Melbourne. Known primarily as a literary magazine, Christesen ensured that Meanjin reflected the breadth of contemporary thinking, be it on literature, other art forms, or the broader issues of the times. During Christesen's 34-year editorship, he published the leading figures in Australian letters and introduced Australian audiences to many international writers. This breadth has characterised Meanjin for more than 70 years, continuing under its eight subsequent editors.  At the beginning of 2008, Meanjin became an imprint of Melbourne University Publishing.

Meanjin collection : Searching using the term “Meanjin’ will produce a list of all the editorial records relating to Meanjin. 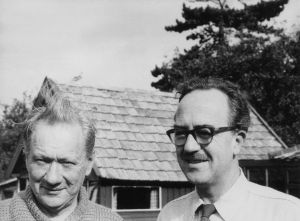